How do we achieve more jobs, more income and more security?

By speeding up the net zero transition  –  and we need local communities and local authorities to lead the way.

These were among the findings of the government’s review of net zero, led by Conservative MP Chris Skidmore, which was published last week.

Mission Zero: Independent Review of Net Zero says that local action, public engagement and planning reforms could help create half a million new jobs and add 2% to GDP. But first the UK has to stop delaying action.

The review reflects a huge number of inputs: 1,800 consultation responses (including one from PeCAN supporters), notes from meetings with 1,000 organisations, and dozens of roundtables.

The result is a slightly sprawling 340-page report with more than 100 recommendations for government, local authorities, communities, businesses and others, including a big push for solar and onshore wind.

The authors chide the government for its lack of speed, warning that delays will push up costs and lead to opportunities going elsewhere. But the report itself was also criticised for not making bold enough recommendations.

Chris Skidmore’s team lists some sensible recommendations that could benefit our community. In other areas it is surprisingly weak, for example supporting drilling for new oil and gas in the North Sea, or failing to suggest any new retrofit grants for middle income households.

It's worth recalling that the global carbon budget to stay within 1.5C degrees of warming will be exhausted in only six and a half years at today’s rates of emissions. This means that speed and ambition are of the essence.

(Click the top right corner to see the time remaining under the 1.5 C scenario. Source and explanation here)

We have summarised the recommendations that are of interest to our community, with their corresponding numbers in brackets:

The report shows that people living in homes with EPC rating D to G pay thousands of pounds more a year than people in energy efficient homes: 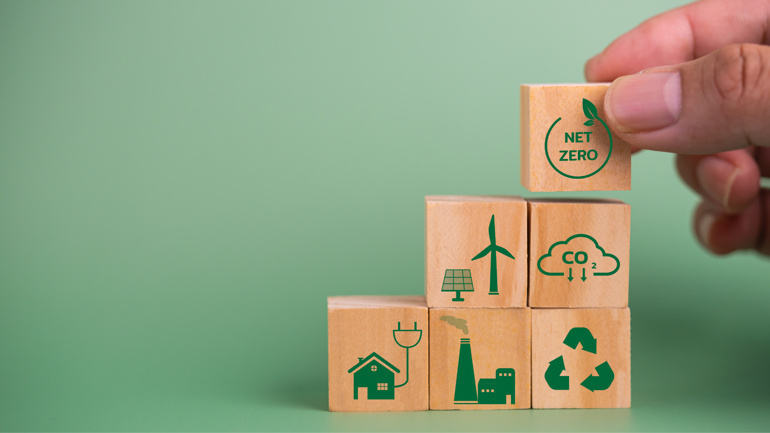 The report is weaker in several areas, often where there is a strong industry lobby.

Overall, the report gives a useful summary of where the net zero debate is now. We hope that the many good recommendations will become government policy soon and that a future review can address the remaining areas, lifting the ambition to meet Paris targets. As the introduction says:

This is too important to get wrong. Delivering net zero is the industrial revolution of our time – and climate change the greatest threat.